An airtime vendor was shot and killed at Checheche Growth Point 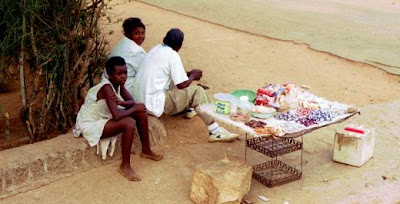 AN unknown gunman on Monday opened fire at Kujokochera Service Station at Checheche Growth Point and shot three people, one of them an airtime vendor who later died. The airtime vendor, Sydney

Nyamudeza, died at Chiredzi District Hospital on Wednesday where he was admitted, while two others are reported to be in a stable condition.
Chipinge district spokesperson Assistant Inspector Blessing Kadzuraumera confirmed the incident and said a manhunt has been launched for the suspect.
He said the incident happened at around 6pm at Kujokochera Service Station kiosk. The airtime vendor asked Natal Dube to change his R800 to US dollars. This was done in the presence of the unknown gunman.
“Soon after the transaction, Sydney was approached by the gunman who asked for some rands. Sydney told him that he had sold all the rands he had to another customer.
“The gunman left but returned a few minutes later.
“He approached Sydney and pulled out a pistol from his waist.
“He shot Sydney once in the stomach. He fired another shot at Boniface Moyana, who had bought airtime from Sydney. He shot him in the right palm and the same bullet hit Pelandada Munoonei’s left sheen,” he said.
Asst Insp Kadzuraumera said the gunman took to his heels towards the Ngundu-Tanganda road.
“The three victims were rushed to St Peter’s Mission Hospital where they were transferred to Chiredzi District Hospital.
Sydney died on Wednesday.
“Investigations are in progress and we are appealing for information leading to the gunman’s arrest,” he said