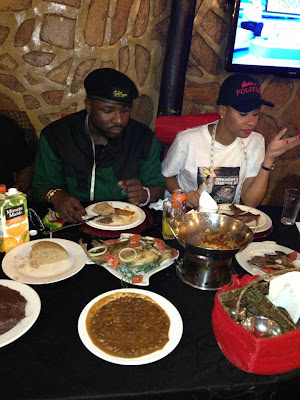 Big Brother Africa “The Chase” finalist, Elikem Kumordzie arrived in Harare yesterday and was met at the Harare International Airport by his flame Pokello Nare and their legion of fans. Elikem said he was in Zimbabwe to meet fans. 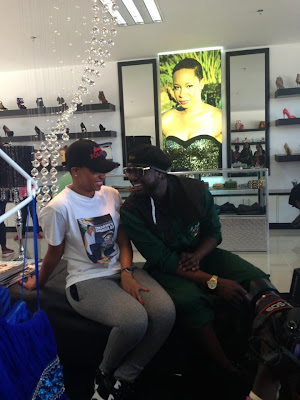 After greeting his fans, the Ghanaian was whisked away in a posh Mercedes Benz to escape a mob of die hard Polikem fans who were scrambling to have photo shoots with him. 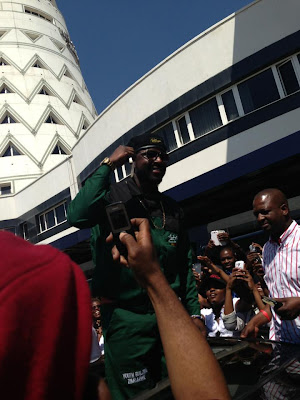 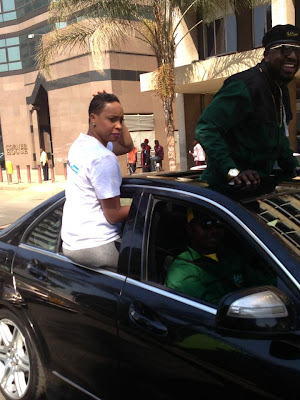 “We met with Elikem a day after he was evicted from the Big Brother House. He requested to have his hovhorosi because he loves the President and today he came wearing it all the way from Ghana,” said Huruva. 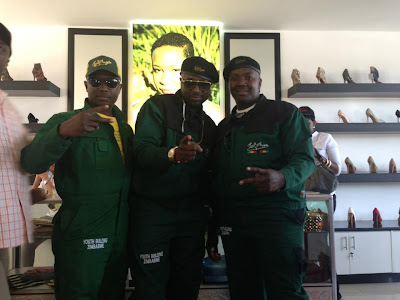 Pokello and Elikem will be touring different parts of the country to meet fans who stood by them during their stay in the Big Brother house. 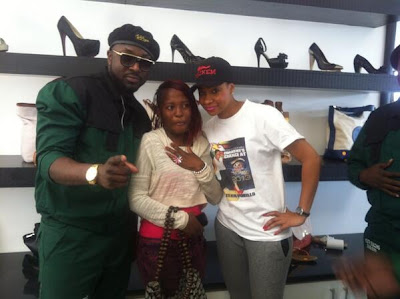 The pair continues to celebrate each other’s success with Elikem scooping US$10 000 for being the “Most Romantic Housemate” in Big Brother. 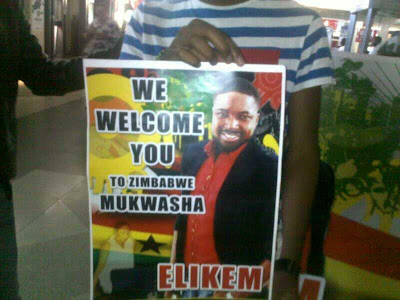 Besides the prize money, Elikem walked away with a five-nights, all expenses-paid-for stay in a luxury room at the Sarova White Sands Hotel in Mombasa, Kenya. 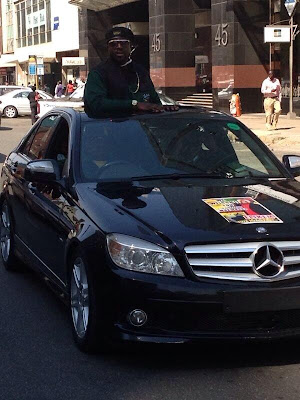 He also received two return air tickets courtesy of Rwanda Air as well as spending money.
Elikem, who settled for the third position, was on record saying he would share his prize with Pokello.
The Ghanaian hunk will also meet Pokello’s parents.
Source:herald
Posted by Mike at 4:01 PM