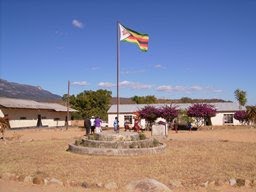 A 27-YEAR-OLD male teacher at a Primary School in Nyanga was arrested over the weekend on allegations of s*xually abusing 14 boys whom he kissed and caressed on their private parts. The abuse allegedly began in January 2012 and only came to light last week. Mordecai Mungira was on Monday hauled before Nyanga magistrate Mr Ignatio Mhene facing 14 counts of indecent assault. Prosecutor Mr Kelvin Mufute said Mungira sexually abused the boys since last year. “In the first count which occurred at an unknown date, the 14-year-old complainant met his friend who was staying with the accused at the school,” he said. “The accused person asked the boy to sleep at his house and the complainant agreed. “At around 8.30pm the complainant, his friend and the accused were in the same bed when Mungira put his hand into the complainant’s shorts and began caressing his manhood. “On July 8, at around 1pm, Mungira called the complainant to his office and told him to sit on his legs. “He put his hand into the boy’s shorts and again caressed his manhood before kissing him. He gave the boy some sweets and biscuits.” The following day on July 9, Mungira did the same to a 15-year-old pupil. He allegedly called the boy into his office, told him to sit down and he put his hand into his shorts and caressed his manhood. Another 13-year-old boy fell victim the same month when he was sent by his uncle to sell a cock at the school. Mr Mufute said on count four, Mungira allegedly called a 15-year-old complainant who was playing at the school grounds and caressed his manhood before kissing him. The sixth count occurred in July 2012 when Mungira abused a 16-year-old pupil whom he stayed with at his house. Another 12-year-old boy was also allegedly abused during the second school term in 2012. At the beginning of this year, Mungira allegedly repeated the abuse on the same boy. This month, he called the boy again into his room and repeated the abuse for the third time. Count seven involves a 13-year-old pupil and it occurred during the first school term of 2012. Another 12-year-old boy was abused on two occasions, while another fell victim once. Five other boys also succumbed to the abuse which was executed using the same modus operandi.