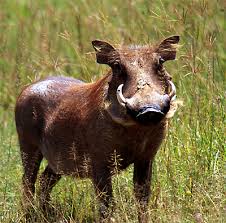 A 47-year-old Marondera man was last Thursday shot dead in a maize field by his workmate who mistook him for a wild pig.
Takaiwana Matimura was shot on the forehead by his workmate Heavyson
Ngirishi (32) while they were on duty guarding a maize field against wild pigs at Sable Ranch farm.
Mashonaland East police spokesperson Inspector Bulisani Bhebhe confirmed the incident, saying they arrested Ngirishi who is in custody assisting with investigations.
“We received a report following the death of Matimura who died on the spot after he was shot by Ngirishi while they were guarding a maize field against wild pigs and so far we have arrested Ngirishi on murder charges and he is in custody assisting with investigations,” he said.
It is alleged that on June 20 at around 11pm, Ngirishi and Matimura were on duty guarding a maize field against wild pigs when Matimura accompanied their boss who had come for patrol checks, leaving Ngirishi at their point of guard.
After conducting the patrol with the boss, Matimura returned to the maize field, but did not notify Ngirishi.
At that time, it is alleged that Ngirishi spotted a litter of wild pigs entering the maize field, prompting him to grab his shot gun before aiming in their direction.
As he went close to the wild pigs, Ngirishi fired a shot and heard a human being screaming afterwards, prompting him to run to the scene to check. He discovered that he had shot Matimura on the forehead and he reported the matter at Marondera police.
Matimura’s body was taken to Marondera General Hospital for a post mortem and Ngirishi was immediately arrested.
Insp Bhebhe warned members of the public, especially those in the security field, to observe the golden rules in the handling of fire arms to curb such incidents.
Herald
Posted by Mike at 7:12 AM