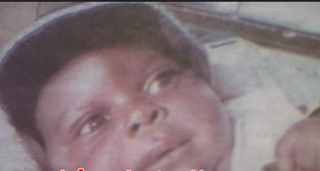 A BABY claimed to have been born after a “three-day pregnancy” following a “miracle” performed by charismatic preacher, Prophet Emmanuel Makandiwa, has died, it was reported on Tuesday.
The baby boy, who was born on November 18 last year and had been named Emmanuel after the United Family International Church leader, is believed to have died on Sunday.
The H-Metro newspaper reports that the baby died due to “dehydration” at Harare Hospital and was buried at Warren Hills cemetery on Monday “under tight security”.
The newspaper says its reporters followed the burial from a distance after being barred from attending by security guards hired by the church.
“Only a handful of the baby’s relatives were allowed at the burial,” the report said.
The grave of the little boy was left unmarked.
The baby’s mother, who was once interviewed on Radio Zimbabwe to confirm the “miracle baby” claims – which Makandiwa never denied – was only referred to as ‘Mrs Moffat’.
The child’s father was only identified as ‘Prince’ or ‘Baba Minana’ by H-Metro.
The family is thought to have moved from their home in Chitungwiza after Makandiwa reportedly bought them a fully-furnished five-bedroom house in Kuwadzana.
Makandiwa, along with a new breed of charismatic preachers, have attracted thousands of followers to their churches after claiming to perform science-defying “miracles”.
His followers say he has performed several miracles including one called “miracle money” in which congregants suddenly find money in their pockets. He has also released videos claiming to show his followers losing weight after being prayed for and recently, he was said to have helped balding men grow their hair back.
But the miracle baby claims caused a sensation. Makandiwa told a Sunday service, while praying for women who had complications during pregnancy, that “there will be a miracle pregnancy and deliverance within a space of hours or days and not weeks”.
Baby Emmanuel’s mother told Radio Zimbabwe’s Matilda Moyo that she attended that particular service on November 18, and had last had sex with her husband three days earlier.
On their way home, she experienced labour pains.
She said: “My belly miraculously ballooned. It instantly grew to the size of a pregnant woman and both of us got surprised.
“I was in a kombi (commuter bus) and we asked the kombi driver to increase speed and rush us to Chitungwiza Hospital.
"After narrating my signs and symptoms to a nurse at the hospital, she instructed me to go straight to the labour room. This shocked both my husband and I.